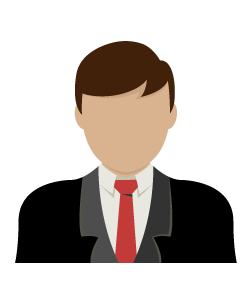 Hello, my name is Benny and this is my blog. Suffering from a medical issue or illness can really impact your quality of life. For many years, I had a hard time dealing with my medical problems. I was born with a condition which makes it very difficult for me to eat. This resulted in a number of problems. Thankfully, I have had some great doctors over the years who have made sure I had received the best treatment. I have learnt so much about dealing with a wide range of conditions that I decided I should share my knowledge here.

All You Need To Know About Irritable Bowel Syndrome (IBS).
21 March 2020

What Could Be Causing Pain During Urination?
21 December 2019

Although it is never very easy to talk about it, m …

Everyone should have a general practitioner or doc …

What Happens When a Prepaid Funeral Plan Doesn't Cover the Entire Cost of a Funeral?
23 September 2019

Prepaid funerals offer a form of security, and eve …

Because over-the-counter (OTC) drugs can be obtained without seeing a doctor and because you do not need a prescription, many people don't believe that they can be hazardous. However, some OTC drugs have psychoactive properties which can lead to people abusing the medication. It is essential that pharmacists understand which drugs are likely to be abused so they can monitor customers who purchase these items. Below is a guide to three commonly abused OTC drugs and the effects of overdosing on them.

Laxatives are often abused by people who have eating disorders such as bulimia or anorexia in the belief that the drug will help them to lose weight. Laxative medication is often used following a binge as a way of speeding up the removal of the food from the digestive system. However, using laxatives will not aid help loss, and excessive use can cause significant health concerns. The stimulants contained within OTC laxative medication stimulate the bowel and can lead to the following health problems:

Dextromethorphan (DXM) is found in OTC cough syrups. While at low doses DXM is a very effective cough suppressant, at higher doses it can have significant psychoactive effects, which is why it has become a drug of abuse for people looking to get high. When a large amount of DXM is consumed, it can result in euphoria and hallucinations. However, taking more than the recommended dose can also result in the following adverse effects:

Caffeine is widely consumed via cups of tea, coffee and energy drinks and acts as a central nervous system stimulant which helps people to stay awake and alert. However, with regular use, tolerance and dependence can develop which can lead to mild withdrawal symptoms when a person ceases to use the drug. However, large quantities of caffeine can be fatal. The symptoms of overdose include the following:

If a customer attempts to purchase large quantities of these OTC medications or buys them on a regular basis, you should offer advice to ensure the person is aware of the dangers of overdose.

If you would like further advice and information about this subject, you should contact your OTC pharmaceutical supplier today.